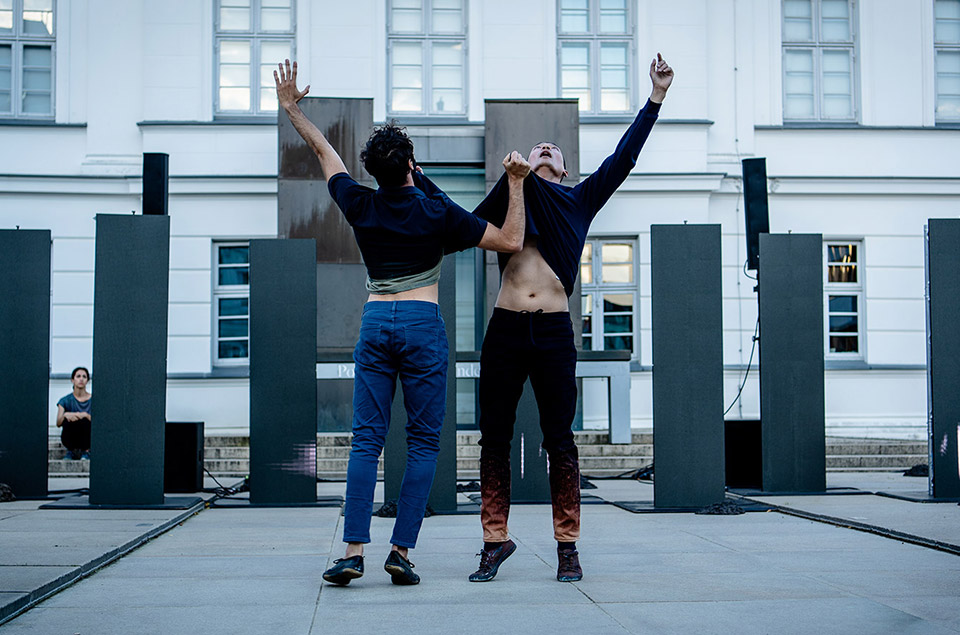 GRENZ.LAND deals with the phenomenon of borders in today’s society …
… not only as a geographical separation between nation states, but also within one’s own country. The focus is on aspects such as belonging and exclusion as well as the question of which limits, in particular, “newcomers” are confronted with.

To this end, the artist collective 12H Dance, Ziepert, Tzavara & Decrustate carried out intensive discussions and video recordings with people from Mecklenburg Vorpommern with different generations and origins (from Australia to North Rhine-Westphalia).

A multimedia dance piece and an audiovisual installation with earth objects in public space emerged from their moving experiences.

”"The dance piece Grenz.land at the Stralsund harbour
got under the skin." 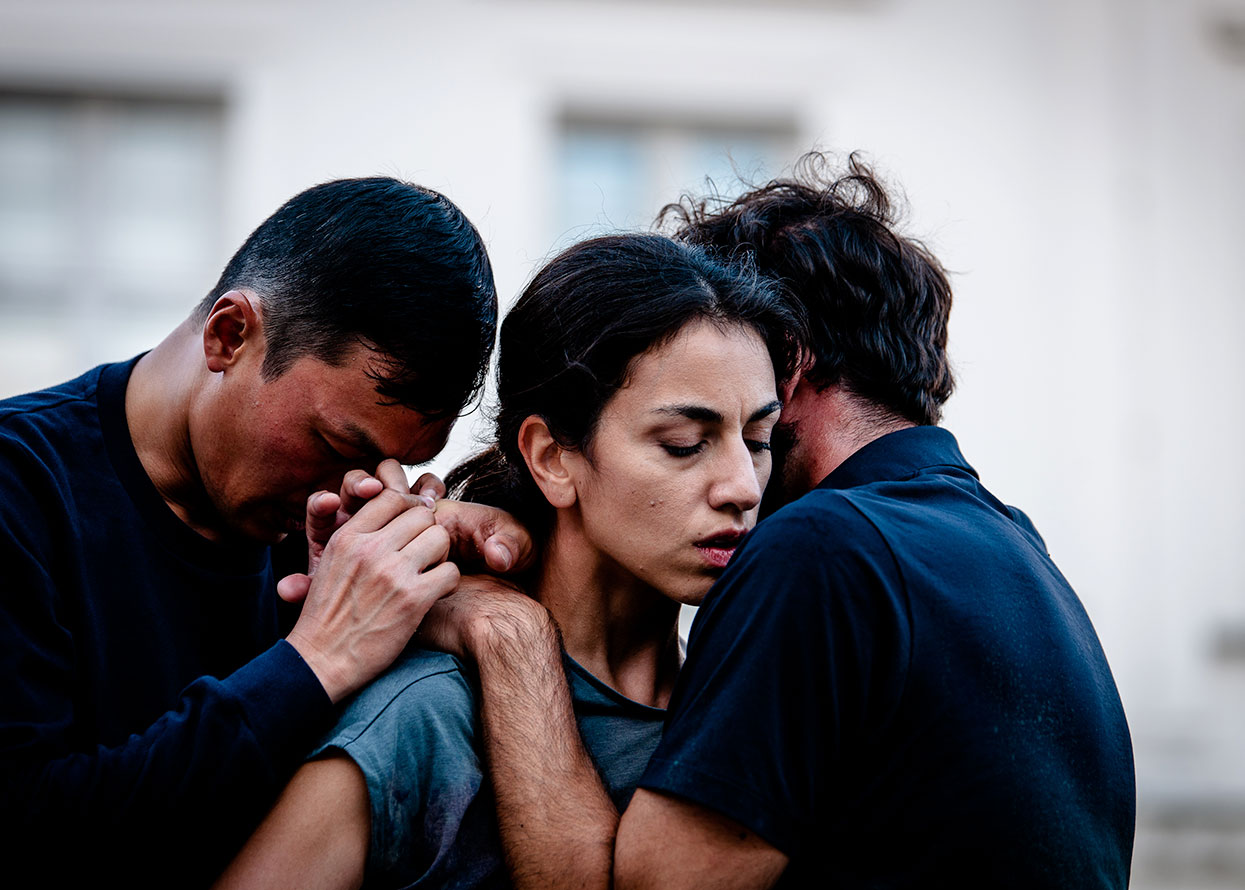 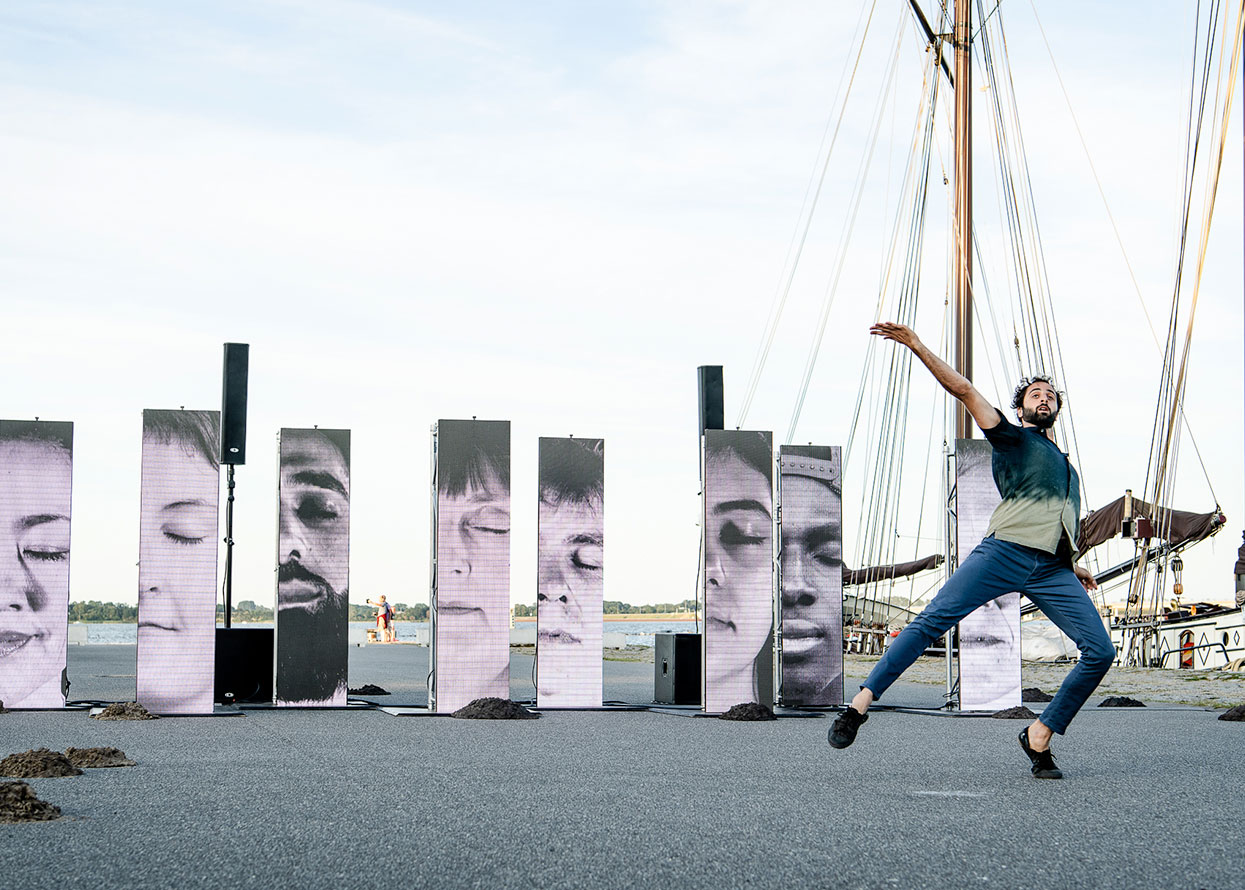 ”A person always has two homes. One where you were born and another where you work and can live. 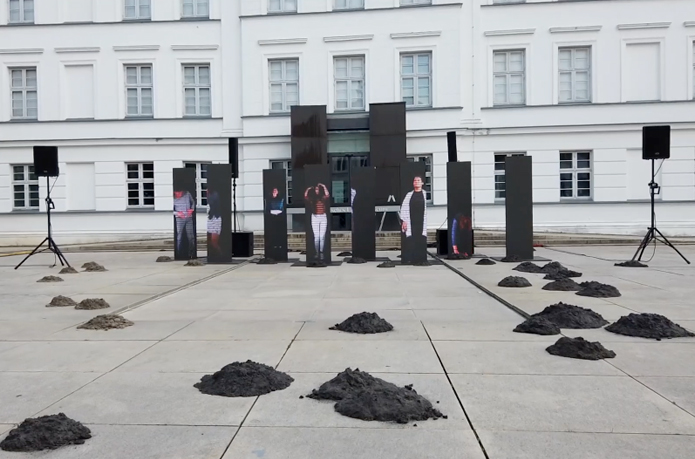